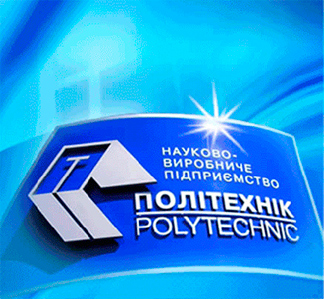 Polytechnic is a private research and production firm that was founded in 1988.

With its highly skilled team of Ukrainian scientists and development engineers, Polytechnic has concentrated its efforts on the development and introduction of state-of-the-art technologies and highly specialized scientific techniques.

Since its founding, Polytechnic has obtained recognition in international scientific and industrial arenas, not only among the enterprises of Ukraine, Russia and Byelorussia, but also among a number of leading firms of the United States, Germany and Israel. In that time, Polytechnic has earned a respected reputation as a responsible executor and reliable business partner.

Polytechnic has administrative and industrial facilities in Cherkassy, which is conveniently located in the central part of Ukraine.

The founder and the director of Polytechnic is Dr. Yagudin.